Here are a few pics of the final product. The base plate with sound module and a fancy "mirror cover" with the 1970 VW beetle on display. 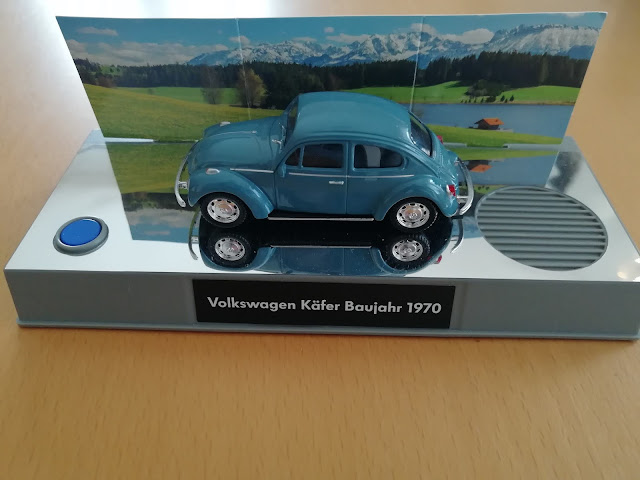 The sound module tries to replicate the typical boxer engine sound, but it sounds a bit like it was recorded with the microphone in a tin can, so the sound is far from perfect, but okay for such a toy.

There were 2 different background displays - mountains and a lake: 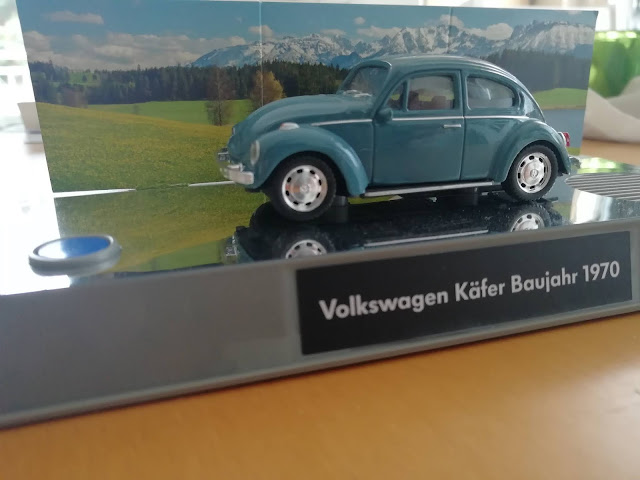 and a british looking cottage: 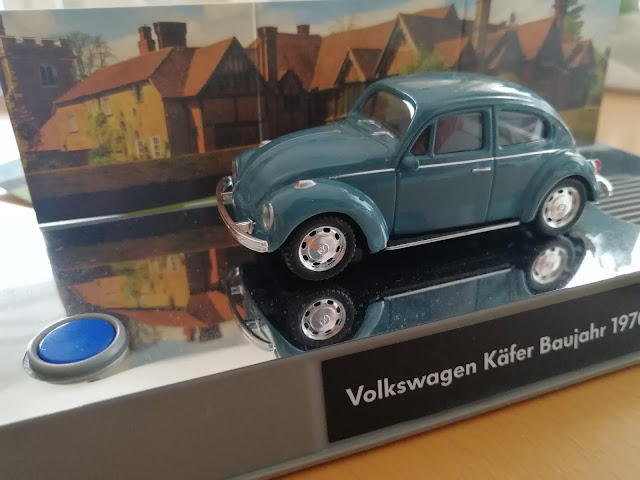 As there were 24 "pockets" to fill, besides the beetle in pieces, there was a whole bunch of other "crap" comming with the model, like a set of memory cards with some info about the beetle, a soft cloth to clean the mirror and a book which also had a lot of history of the VW beetle as well as a daily page with info about the "gift of the day" and little a note pad with self-adhesive stickers. 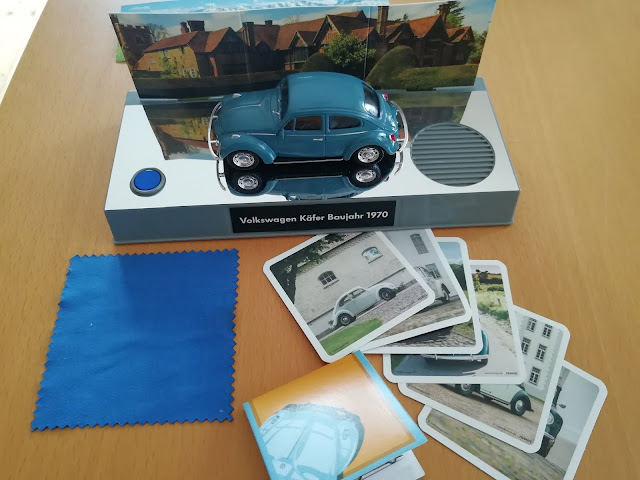 There was also a screw driver for the tiny screws and a little "tool box" of cardboard, to store the small items during the build phase. (Not shown in the picture)

Maybe for the die-hard VW beetle enthusiast nothing really new to learn, but it was a funny experience, even though some of the "gimmicky" presents were a little lame...

The model itself is a Welly VW beetle, with a solid body, no doors or hood to open. 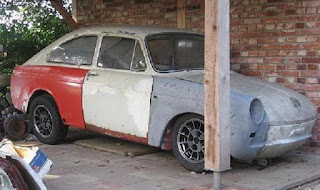 this is what I started with... 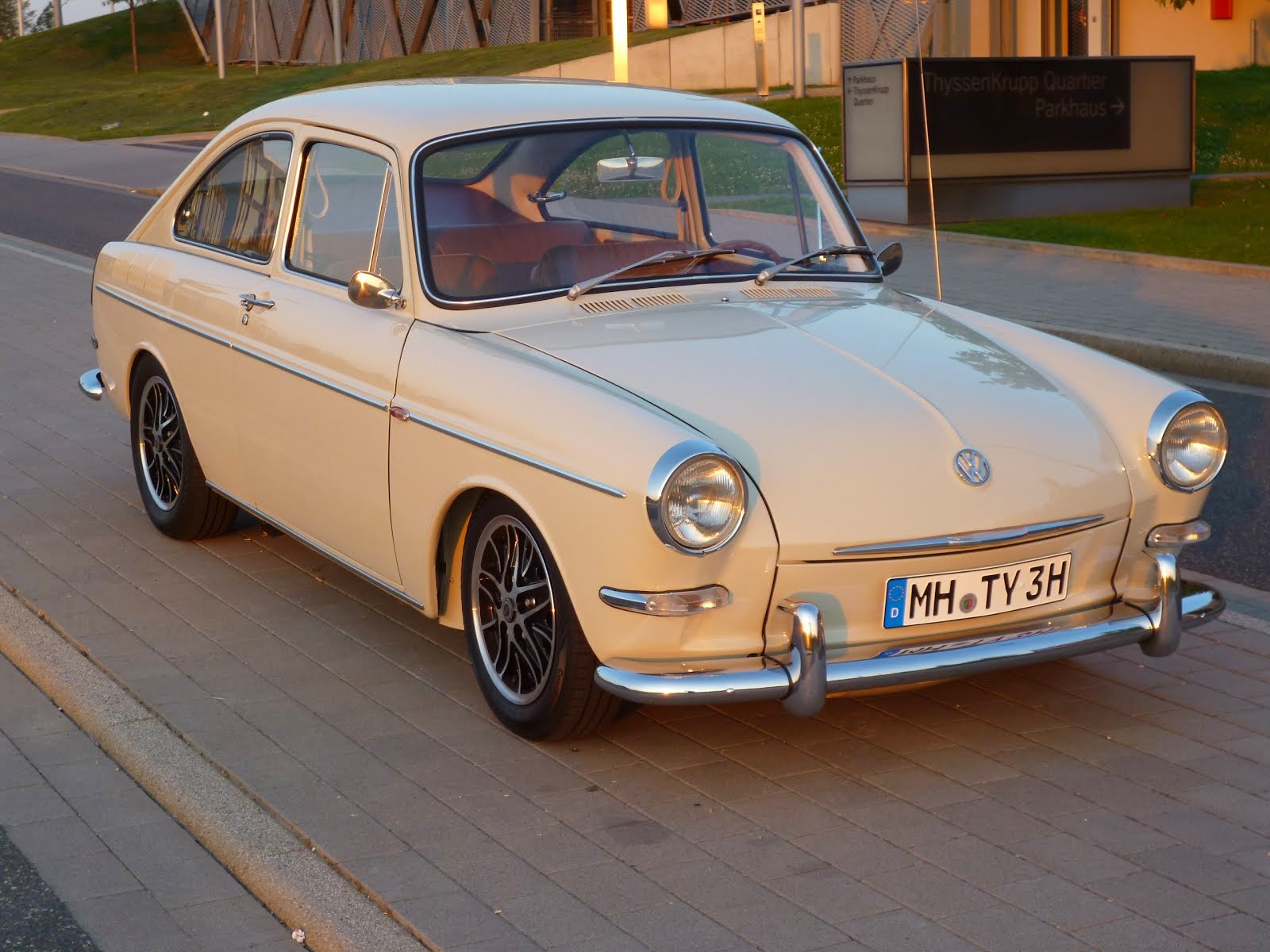 Hi and welcome to my Blog!

This Blog is about the restauration of my Feb. 1966 VW 1600 TL "fastback" - and some other stuff regarding classic german aircooled engineering from Wolfsburg and Stuttgart...
Enjoy,
Markus